A downloadable game for Windows, macOS, and Linux

You are an integral part of the royal rangers, serving the king of Allton. Due to recent brewing issues with the neighboring elven kingdom, Kedarn, you have been busier than ever out in the field. For the first time ever, your company takes an elven prisoner. This mysterious fellow is different than other elves you've encountered. Decide whether this meeting will take you down the road of romance, friendship, and even betrayal with your fellow rangers. 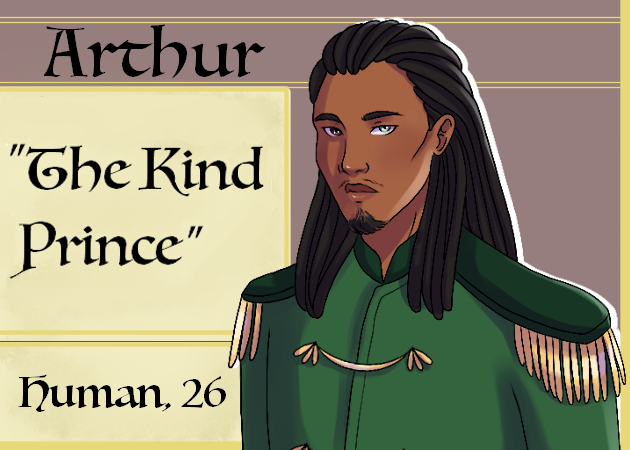 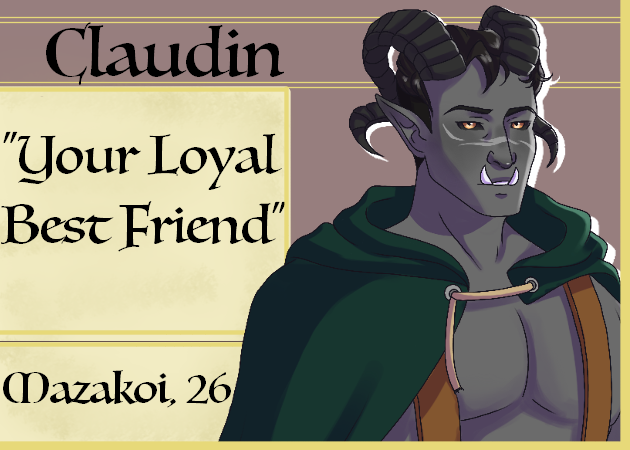 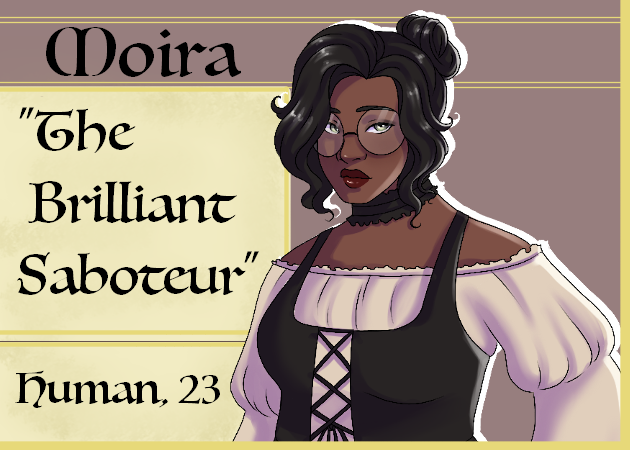 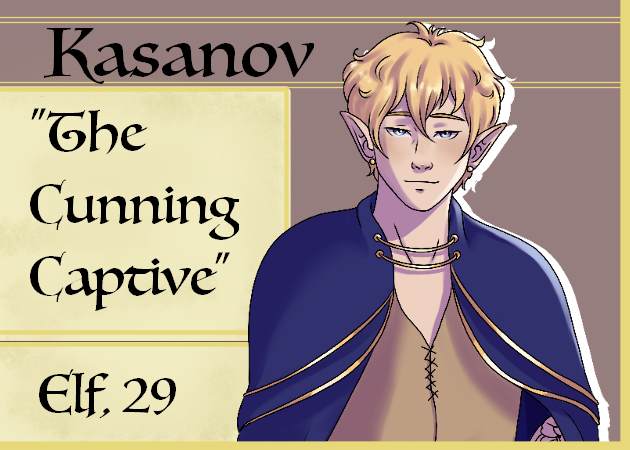 I enjoyed the demo, honestly I saw the big demon man and 'best friends' and I was sold. Like, damn <.<

I liked your art, and the running animation. I also really liked your diversity of characters. Multiple different personalities and looks are a huge plus to any game. Plus like I said I love a good demonic character :3

Tho when I tried to mute sounds (I like listening to spotify while I play) they didn't seem to mute, I still heard the hawk sound and running noises.

If you're looking for writing advice/feedback read ahead, if not please ignore what I had to say, I only wanna say it if you wanna hear it:

The writing seems a 'little' fast-paced. I'm not sure how long you're intending to make the game, so if you're trying for something short then that should work, but if you're planning on making it a little longer then it might be a good idea to let the relationships develop a little slower? It might make sense for the best friend and fugitive (since he's a flirt and also new to the party) but having everyone starting off immediately showing interest in the MC leaves the story feeling a little lacking. Like if this was how they were interacting, why hasn't anything happened sooner?

Also don't forget that it's okay to use context clues, for instance instead of saying the prince doesn't like his royal duties, maybe you could have Claudin call him prince disparagingly and Arthur look away in discomfort. Or instead of having the MC have a inner monologue about how overprotective Claudin is, have him move in front of her with Kasanov, and then when he shows annoyance at Arthur for pulling the MC away you get the context that he's a little possessive. I know you're trying to set up all the relationships and character personalities quickly, but I think adding a little more subtlety to the game would really enhance the story you're trying to tell. It might help to pull everything back a bit, instead of a growl a huff, instead of a hand on the thigh a flirtation smile, and then bring more back in areas where it feels like your point isn't getting across.

But again, all that is only if you wanted it, if this is the style you want to write in then power to you, and I wish you the best either way. ^.^

Thank you for the input! I will take some of the advice, but as this is the initial demo, I can see how it feels a bit fast paced. The extended demo elaborates more on the characters' relationships, but I will definitely use the advice with pulling back a bit! I was going for a pretty intense start on purpose to really give the player the feeling of just being "thrown in" to this situation.

I enjoyed your delightful visual novel game and hope to see the finished product. :) The characters were very interesting and the music and story line was intriguing.  What was kind of strange to me though was that you made it modern even though it was fantasy/medieval type of world by putting so much make-up even nail polish including the glasses on Moira which didn't seem to match with the world.  Also Kasanov was way too feminine for me/Caudin was kind of creepy in looks too demonic yet Moira was fun and fiesty. Hope you don't mind my thoughts. Can't wait to see more of the story.

Thanks for playing! Loved the video and I appreciate your thoughts about the game!

Thank you for watching that is kind of you! 🌹 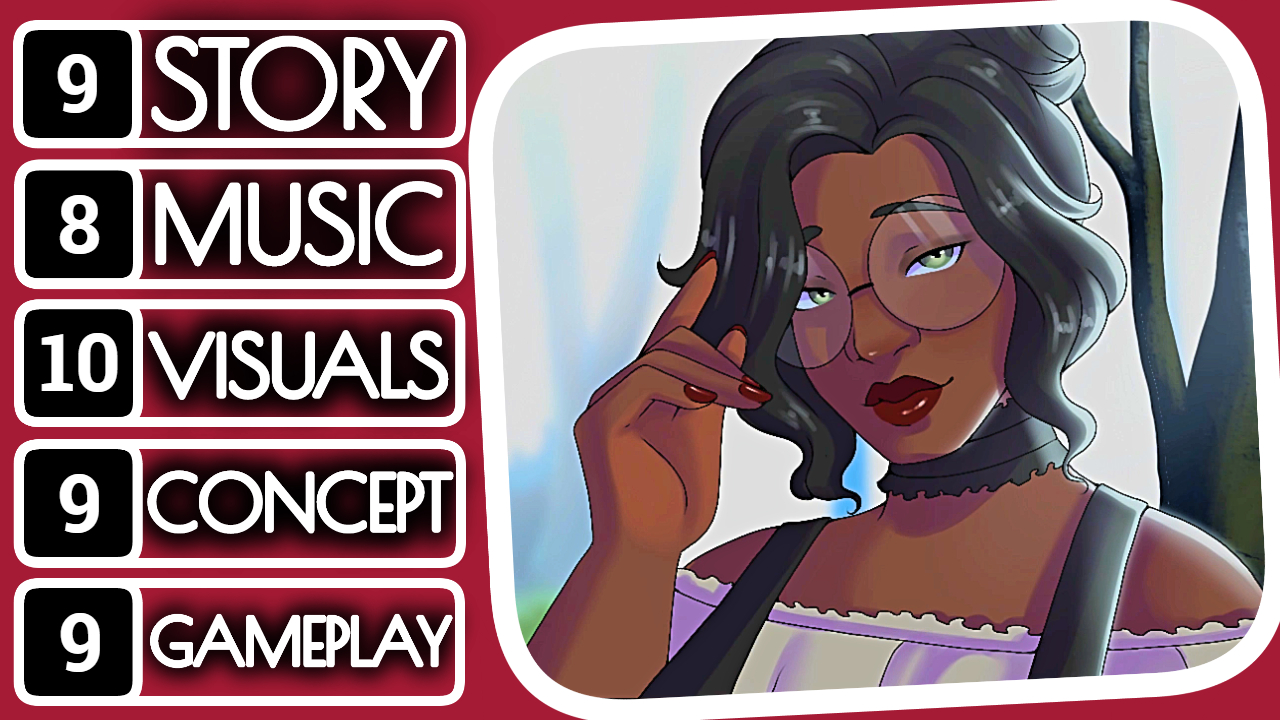 I'm so excited it's finally out!

Such a fun and interesting setting! I can't wait for the full game!! 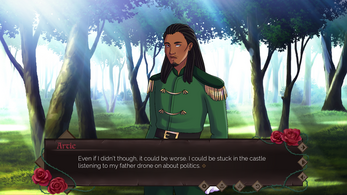 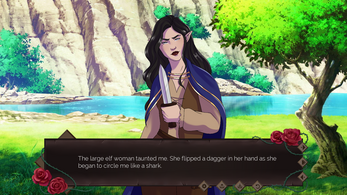 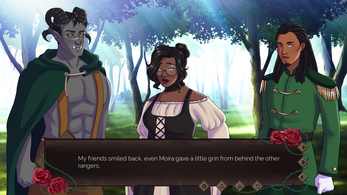 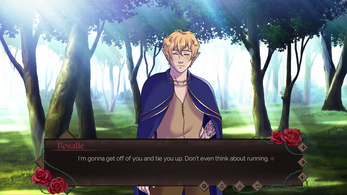 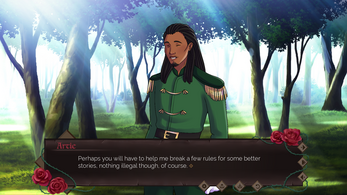